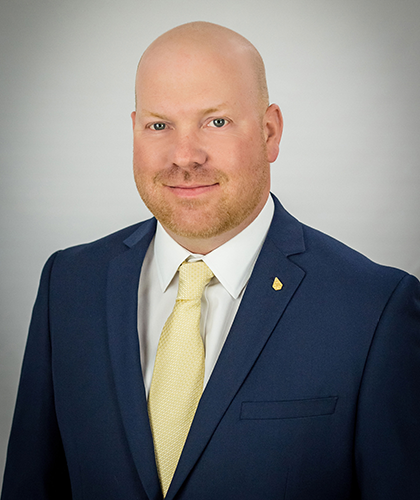 Will Boone, CPL, is the president of Wildcat Resources Inc., a land service provider he founded in 2011.

He began a career as a landman in 2004, after receiving a bachelor’s degree in personal financial planning with a minor in business administration from Kansas State University. During the first seven years of his career, Boone worked as an independent field landman for numerous brokers in multiple regions of the country, spending time in Kansas, Oklahoma, Louisiana, Texas, Wyoming and even Washington. Along the way he learned many valuable lessons and built a great network of contacts, which helped him develop as a land professional.

After spending the frigid winter of 2011 in Wyoming, Boone decided it was time to get back to Kansas, and he and his beautiful bride, Jordan, opened Wildcat Resources and have been operating it ever since.

Outside the office, Boone enjoys spending time at his ranch, hunting, fishing, reading and relaxing with a nice bourbon. He and his wife have two daughters: Sydney, 7, and Harper, 4. A former collegiate golfer, his wife enjoys beating him on the golf course. They spend many family weekends in Manhattan, Kansas, cheering on the Kansas State Wildcats.