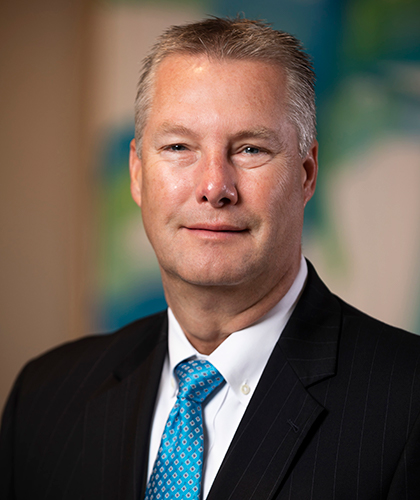 Lester Zitkus, CPL, is senior vice president of land for Gulfport Energy Corp., a public exploration and production company headquartered in Oklahoma City, where he’s worked since 2014. He received his Bachelor of Science in minerals land management, with a minor in business administration, from the University of Evansville in southern Indiana, where he also played four years of Division I baseball.

He started his professional career in the oil and gas industry in 1987 working as a field contract landman for Equitable Resources. After being hired in-house, Zitkus spent the next 19 years in various staff and senior management positions, ultimately serving as senior vice president of land. In 2007, he accepted a position with Chesapeake Energy Corp. as vice president of land — Eastern Division, where he oversaw land efforts related to the Utica and Marcellus shales.

Zitkus and his wife, Sandy, live in Edmond, Oklahoma, where he enjoys all things outdoors. He has three adult children — twin daughters Anastasia and Kirsten and son William.

Active with AAPL for many years, Zitkus served three terms on the Executive Committee (2006-07, 2013-14 and 2019-20) and on various other committees and task forces, including as chairman for the Education, Finance and Strategic Planning committees and the Investment Advisory Council. He also served as assistant chairman of the NAPE Operators Committee and as a member of the Membership Committee.