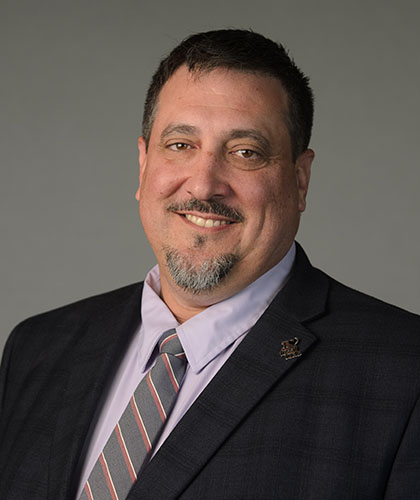 Michael A Pisciotte, CPL, is land manager at Murfin Drilling Company Inc., an independent E&P company in Wichita, Kansas, where he is responsible for all aspects of the Land & Legal Department. He joined Murfin in this role in April 2007 after working as an independent field landman in the Mid-Continent region for several years.

Pisciotte has greatly enjoyed his time as a landman and his involvement with local industry professionals. He has served in many capacities for the Wichita Association of Petroleum Landmen, including vice president, president and AAPL director twice. He maintains an active behind-the-scenes role with WAPL, remaining involved in educational seminars, annual sporting clays and sponsorship of local member certifications. Pisciotte also serves on the Kansas Independent Oil & Gas Association board of directors and is a member of the Denver Association of Professional Landmen.

After joining AAPL in 2008, Pisciotte soon earned his RPL, followed by his CPL in 2011. An active member of AAPL, he currently serves as chair of the Ethics Committee and vice president of the AAPL Educational Foundation, where he has served on the board for the past several years. In addition to his past term as treasurer and two terms as an AAPL director, he has served as a liaison for the Southwest Land Institute, Field Landman Seminar, NAPE Operators Committee and Tax Committee and as a member of the Finance Committee, Certification Committee, Marketing Committee and Nominating Subcommittee. He also has worked on the NAPE Expo Charities Fund and as a NAPE ambassador.

Prior to becoming a landman, Pisciotte earned a bachelor’s degree from the University of Colorado at Boulder and a master’s degree in public administration with an emphasis on public finance, budgeting and organizational management from Wichita State University. He previously worked as a manager/administrator for three public municipalities but enjoys landwork much, much more.